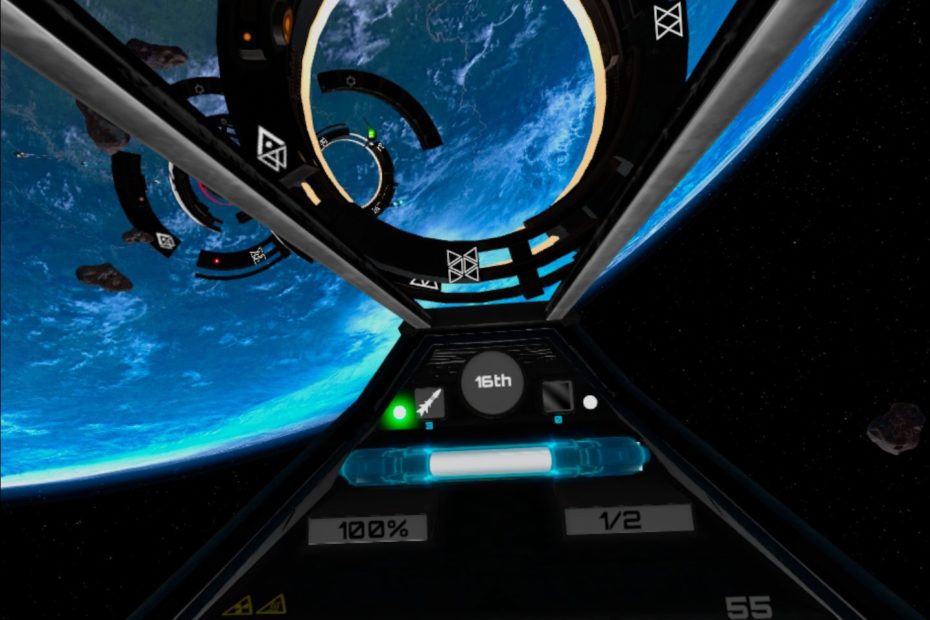 Welcome to the introduction edition of our VR Game Development Diary for Galactic Drift.

Last year we got to work with Girlguiding Cheshire Border to create an immersive VR girlguiding experience for Oculus Quest devices. While we have worked on VR game development projects previously, Oculus Quest devices made us want to explore the platform some more. With a number of racing games in our collective back catalogue, the decision to build a space racing game on VR was easy. As with most indie developers, we are working on this in between client and other game projects. We are in early stages, so getting the community feedback right from the start is very important to us.

Coming up with the name, at least for us, is always the most tedious of processes. After many name generators and sheets, we have a working title: Galactic Drift. It is a bit of a mouthful and may change as we continue. If you have better suggestions as we continue, please share them with us.

To kickstart it all, our Creative Director & Design Lead Nick has penned a few words to introduce you to Galactic Drift and you will be hearing more from him and other members of our team as we progress in the project.

What is Galactic Drift?

Race against 16 other pilots for the biggest bounty in the galaxy! Anything goes as you use weapons and all manner of dirty tricks against your rivals as you attempt to reach your goal. Don’t get too cocky though, too many bold moves could see your ship destroyed.

The best way to describe it would be as an on-rails sci-fi racing game but you still have full control over the steering of your spacecraft around a tunnel. You will use the Oculus control grip buttons to reach forward and grab the steering wheel while turning the wheel will see you spin left and right around the racing tunnel, avoiding hazards and other craft. You can also collect weapons along the route to try and destroy your rival racers as you try to win the race.

We are very conscious of players who suffer from motion sickness when playing specific VR games and experiences and therefore when making a racing game you have to achieve some sense of speed without making the players feel nauseous. Throughout development, we tested several methods for how to control the ship inside the “tunnel” but none of them felt as nice to play as having it on-rails, sightly restricting the amount of movement they have to perform themselves.

I liken it to something that perhaps the Disney Imagineers might possibly come up with when developing rides and attractions. The ride takes you from A-B but during that stage, you get to interact with things around you.

The world is set within a “sci-fi” aesthetic, so while adding futuristic elements the game does open the imagination as to what the future might hold, with “humanoid” robots walking around the hangers, attending to the ships. I’m sure Mr Musk would agree. ?